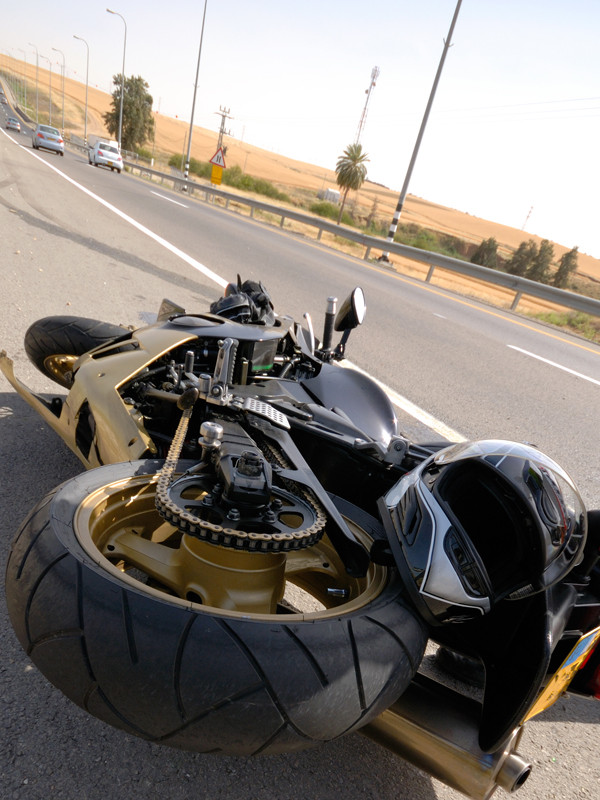 Left Turns: The Greatest Cause of Motorcycle Accidents

Spring has arrived in Texas, and summer is just around the corner. It is the time of year when folks dust off their motorcycles, and head out on the Texas roads, seeking fun and adventure. Unfortunately, for too many of those people, it's also the time when motorcycle accidents begin to increase.

If motorcycles only drove in a straight line, almost anybody could handle one. In the real world, however, there are some special challenges associated with driving a two wheeled vehicle. The most important and most difficult of these by far are the dangers lurking in the form of our fellow motorists. Because of them, even the most simple of maneuvers–such as a basic turn–can become difficult to negotiate.

Motorcyclists are most at risk approaching an intersection where a vehicle is making a left turn in front of them. It’s the number one factor in motorcycle accidents and fatalities. According to data from The U.S. Department of Transportation, 53% of crossing-path crashes involve left turns, while only 6% involve right turns. That’s almost 10 times as many crashes! In other words, making a left turn at an intersection is FAR MORE dangerous than making a right turn at that same intersection. The most obvious reason is that drivers turning right do not have to cross the path of any oncoming traffic. During a left turn, however, motorcycle drivers not only have to be wary of oncoming traffic in the opposite lane, they must also check to their left to ensure that someone in their own lane is not trying to pass them on the left.

After an accident, it's very common for drivers to say something along the lines of “I didn’t even see the motorcycle when I turned in front of it," and they're being honest. Depth perception is a big part of the “left turn problem.” Other motorists don’t see motorcycles in the same way they see other cars and trucks: a typical commuter may see several thousand cars in a day. How many motorcycles do they see? One? Two? Ten? Whatever number it is, it’s a very small part of the daily driving experience. In addition, due to their size, motorcycles tend to blend in to their surroundings, and it is much harder to see and judge their speed when turning in front of them.

In addition to the visibility problems associated with left hand turns, driver distraction plays a big role in motorcycle accidents. Drivers distracted by phone calls and text messages are a growing menace for everyone, but especially bikers. It all comes down to physics: in almost every collision between a car or truck and a motorcycle, the much smaller and lighter motorcycle (and its rider) will come out on the losing end. So while a distracted driver might cause a minor fender-bender with another car or truck, the same situation involving a motorcycle could easily turn deadly. Attorneys with experience in automotive litigation have a simpler way of putting it: “the bigger vehicle usually wins.”

The Safe Way to Make a Left Hand Turn

The Bottom Line: Be aware, patient, and cautious when making every left turn. Don’t assume anything about what an oncoming vehicle will do.